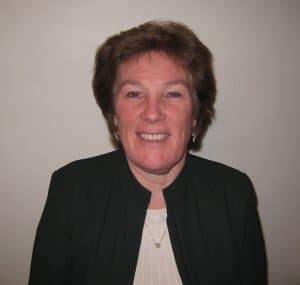 Our heartfelt congratulations and very best wishes to Justice Linda Giles on her retirement following more than 29 years of distinguished, trailblazing service in the Massachusetts judiciary.  Justice Giles is one of our founding members and served as the second president of our Association.  Words are not enough to thank her for everything she has done to bring us together and sustain our organization.  In her honor, our January 2021 member spotlight article is a republication of the spotlight Justice Giles authored approximately three years ago:

“My name is Linda Giles, and I’m an Associate Justice of the Massachusetts Superior Court. After a fourteen-year practice as a trial lawyer, I was appointed an Associate Justice of the Boston Municipal Court by Governor William F. Weld in 1991. I was the first openly lesbian judge appointed in Massachusetts. Governor Argeo Paul Cellucci elevated me to the Superior Court in 1998.

In 1991, when I was first appointed to the bench, I hadn’t been considering a judicial career path. However, I was lucky enough to be in the right place at the right time. It is my understanding that Governor Weld had put out “feelers” to the LGBTQ community, looking for a qualified judicial appointee as a way of thanking the community for its support of his candidacy (in a race against former Boston University President John Silber). Members of the Massachusetts LGBT Bar Association approached me, and the organization decided to throw its support behind my appointment. The rest, as they say, is history.

Massachusetts has always been a leader in the promotion of LGBTQ rights. For example, we were the first state to recognize same-sex marriage (through the Supreme Judicial Court’s famous Goodridge v. Dept. of Public Health decision in 2003). I was appointed a judge in Massachusetts in part because I was a lesbian, not in spite of it.

I’m a charter member of the International Association of LGBTQ+ Judges. I was one of the twenty-five lesbian and gay judges who met in Washington, D.C., in April 1993 and formed what would become the IALGBTQ+J. I later served as the organization’s second president.

One of the most rewarding aspects of being a judge is the ability to engage in the pure study of the law without the numerous stressors of a law practice, such as billable hours, deadlines, and client expectations. After over twenty-nine years on the bench, I still marvel that I have a lifetime appointment to ruminate on the law.

The level of intellectual challenge I encounter on a daily basis can be demanding, however, so it’s important to maintain a healthy balance of outside interests to recharge the batteries. I keep busy horseback riding, golfing, skiing, and SCUBA diving. In addition, one’s social wings are clipped a little on becoming a judge, so staying connected to a network of friends and family is essential.

I often participate in attorney/law student programs discussing pathways to the judiciary. Among the tips I share with judge aspirants are the following: get as much litigation experience, both civil and criminal, as possible; keep on ongoing record of your most important cases, including names of opposing counsel and judges; network at every bar association and legal organization function you can; distinguish yourself in some valuable, memorable, or high-profile way; and, above all, always maintain the highest ethical standards – your reputation precedes you in the process of becoming a judge.”