September 27, 2019 (Kent Reporter) — Kent Mayor Dana Ralph has appointed attorney Anthony Gipe to fill the Kent Municipal Court judge seat that will be vacant when Judge Glenn Phillips retires at the end of the year. 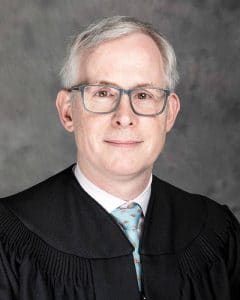 Gipe, appointed on Thursday, is currently serving as a pro tem judge for the Kent Municipal Court, King County District Court and other local courts.

Gipe’s appointment is effective as of January 1, and he will be sworn in ceremonially at the first council meeting of 2020. Gipe will serve the remainder of Phillips’ term. Starting November 1, Gipe will work closely with the Kent Municipal Court and Judge Michael Frans and Phillips to ensure a seamless transition.

“I am excited to appoint Anthony Gipe as our next Kent Municipal Court judge,” Ralph said in a news release. “He has demonstrated the ability to treat everyone with respect and to apply the law fairly. He will make a great addition to our judicial team.”

Phillips decided to retire after 25 years with the Municipal Court. City voters re-elected Phillips in 2017 when he ran unopposed. He will retire with two years left on his term.

“I chose to apply for this position because Kent is one of the fastest growing and most diverse communities in King County,” Gipe said. “I hope that I can help the court meet the challenges of being a growing community with an inclusive court where everyone who comes before us is heard and respected. I look forward to serving the court and the people of Kent.”

Gipe ran unsuccessfully against Kristin Richardson in 2016 for a King County Superior Court position. Richardson had 53 percent of the vote.