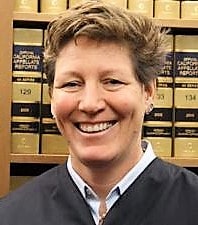 In a phone call with the B.A.R. on election night, Flanagan said she was “feeling good” about the early returns, which showed her with a comfortable lead.

She added that she will continue to look for ways the judicial system can be “fairer, more just, and more equitable.”

“In my courtroom, everyone is treated with respect,” Flanagan said.