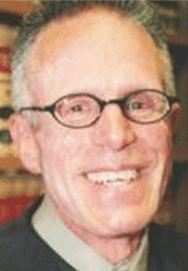 Remembered for his devoted friendship, there was no task too small nor large for Judge Kohn, who served on the Los Angeles bench for the better part of three decades.

He was known as an innovator in how he sentenced defendants.  In spousal abuse cases, Judge Kohn would not accept fines as a sentence but required road work and programs for anger management before these types of sentences were required by law.

Judge Kohn was a founding member of the International Association of LGBTQ+ Judges.