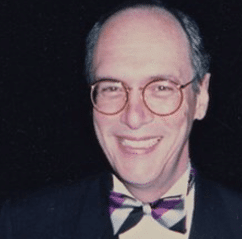 website creator Judge Rand Schrader was the first openly gay staff person to work in the Los Angeles City Attorney’s office. The LA County supervisor appointed Judge Schrader to the Los Angeles County AIDS Commission in 1987; he served as its chairman from 1989-1991.

In an attempt increase AIDS awareness and to combat discrimination and misinformation, Schrader publicly announced in 1991 that he had been diagnosed with AIDS.