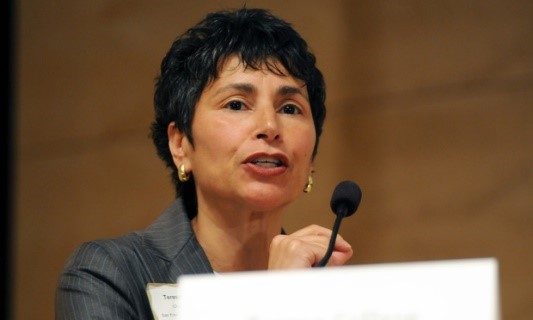 Vice-President Linda Colfax shared that Teresa Caffese is now a member of the Superior Court for San Francisco.  Governor Jerry Brown’s November 2nd announcement includes “Teresa M. Caffese, 57, of San Francisco, has been appointed to a judgeship in the San Francisco County Superior Court. Caffese has been a sole practitioner since 2011. She served in several positions at the San Francisco Public Defender’s Office from 1987 to 2011, including chief attorney, chief of investigations and assistant deputy public defender, and was a sole practitioner from 2001 to 2003. Caffese was an associate at Laughlin Falbo Levy and Moresi from 1986 to 1987. She earned a Juris Doctor degree from the University of California, Hastings College of the Law and a Bachelor of Arts degree from the University of California, Berkeley.

Congratulate Judge Caffese on this accomplishment!