June 26, 2018 (Texas Lawyer)—At a panel discussion at the State Bar of Texas Annual Meeting in Houston, four LGBT judges—from municipal court to district court benches—talked about their pathways to the bench, how they can be role models and help other LGBT lawyers and litigants, and the personal challenges they’ve faced by breaking into the judiciary.

Being an openly LGBT judge in Texas has its challenges, but also benefits.
At a panel discussion at the State Bar of Texas Annual Meeting in Houston, four LGBT judges—from municipal court to district court benches—talked about their pathways to the bench, how they can be role models and help other LGBT lawyers and litigants, and the personal challenges they’ve faced by breaking into the judiciary.

One good pathway for an LGBT lawyer to become a judge is to seek an appointment to a municipal court bench—that was the path for Houstonites Phyllis Frye, a transgender judge, and Steven Kirkland, a gay judge. 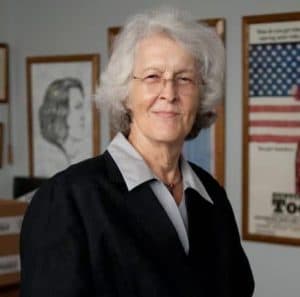 Frye and Kirkland, who now presides over Harris County’s 334th District Court, were both appointed as Houston municipal judges by former Houston mayor Annise Parker, who was the city’s first openly LGBT mayor. Kirkland’s appointment helped to further something that he and Parker, longtime friends, had been working on “forever”—which was to find ways to get more LGBT officials in office across Texas. 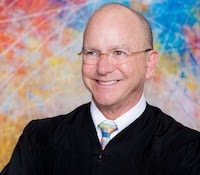 Frye said that she knew Parker because they played on a lesbian softball team together in the past. With Frye’s appointment, she believes she became the first openly transgender judge in the nation—and possibly even the world.

Both Frye and Kirkland said that politics and their network is what brought their appointments as municipal judges—a good springboard.

“It’s raw politics; it’s who you know. I recommend the municipal court for anyone of you who have connections. It’s a good place to start,” said Frye, partner in Frye, Benavidez & O’Neil. 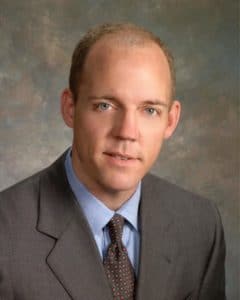 Associate Judge Jim Arth of Austin came to his bench differently. He applied to be an associate judge in Travis County 20 years ago, but he didn’t get the job and felt soured. Instead he operated a solo practice, but six years ago, his lease with his office-sharing mates was up and the relationship wasn’t going well. Again, Arth saw that Travis County was hiring associate judges—and this time, when Arth applied, he got the job.

Once an LGBT judge assumes the bench, there can be benefits for the court, lawyers and litigants.

Frye said that serving on the municipal court has made her into a role model for transgender people. It’s especially helpful when a transgender defendant appears before Frye in court—normally over a traffic ticket, which comprises the majority of Frye’s docket.

“Most of them don’t know who I am. When I see, especially, their name doesn’t match the gender presentation they are presenting, I usually make a point about myself because they don’t know who I am yet and I try to make them feel comfortable.

Then I dismiss—uh—go through their case,” Frye joked, eliciting applause and laughter from the audience.

Arth said that when he was in private practice, he served LGBT clients with wills and estates matters, including crafting end-of-life documents. He realized compared to married couples, it was much harder for same-sex couples, who had to intentionally make legal arrangements just to be there in the hospital if one partner were sick. Arth said that experience has translated directly to his work as a judge.

“With marginalized populations, I can be more empathetic to them,” Arth explained.

Empathy and humility in court also serve Kirkland, who is now running for the Texas Supreme Court. As a young man, he had become addicted to alcohol by drinking to cope with the emotions as he grappled with his sexual orientation. When Kirkland came out as a gay man, he also sobered up, and was dealing with legal trouble. The experience was humbling, and gives him an inside view of what defendants are going through.

“Because I have focused on the humility of that, I bring empathy with me when I go to the courtroom,” said Kirkland. “The empathy that comes from that life experience is something when you couple that with the legal training you get a better chance of seeing both sides.” 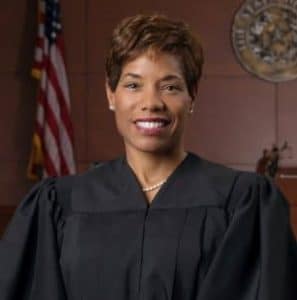 Tanya Parker, 116th Civil District Judge in Dallas, who moderated the panel, said that from time to time, an LGBT lawyer or litigant will ask to approach the bench and will tell her that because she’s LGBT, it helped them feel free to be themselves in the courtroom—instead of feeling preoccupied to make sure their hair, clothes or speech would conform to gender stereotypes. Feeling comfortable allows LGBT lawyers to focus on their craft, and allows LGBT litigants to talk truthfully and be authentic about who they and their families are, she said.

“It opens the door to people and gives the access to the courthouse,” she said.

Although being an LGBT judge does have its benefits, there are also challenges.

Kirkland said in 2001 when he took the oath of office to become a municipal judge, he swore to uphold the constitution and laws of the United States and of Texas. Problematically, Texas at the time was criminalizing homosexual sex—which meant that Kirkland and his longtime partner were violating Texas law.

“It posed an ethical dilemma. We actually sent a letter to the ethics hotline at the New York Times to figure out: Should I disclose this to the judicial ethics commission? Of course, I didn’t, and somehow learned to live in the gray space of protecting selective laws of the state of Texas,” Kirkland recalled.

That ethical dilemma is a thing of the past. The U.S. Supreme Court struck down Texas’s criminal sodomy law in 2003 in Lawrence v. Texas, and legalized same-sex marriage in 2015 in Obergefell v. Hodges.

LGBT judges might face different reactions based on where they serve.

In Houston, Both Kirkland and Frye said when they first took their municipal benches—and when Kirkland won his district court bench—lawyers and police officers would show up and sit in their courtrooms, just to see what they were going to do.

Kirkland said, “They came away with: He knows his shit; he is no-nonsense; he will not put up with B.S.”

In Dallas, Parker said that she’s had two litigants file motions to recuse against her. In 2012, Parker made national headlines because she said she wouldn’t perform marriage ceremonies for anyone, because Texas law was treating same-sex couples differently than opposite-sex couples. One of the litigants who moved to recuse Parker said she didn’t want to be judged by someone who was “immoral,” and the other litigant said he wanted a judge who would follow the law. Both motions to recuse were denied.

However, “in the people’s republic of Austin,” Arth joked that being a gay judge is no big deal. One of his judicial colleagues even tried to arrange a date between Arth and a federal judge who is also gay, saying he couldn’t understand why neither man was dating someone.